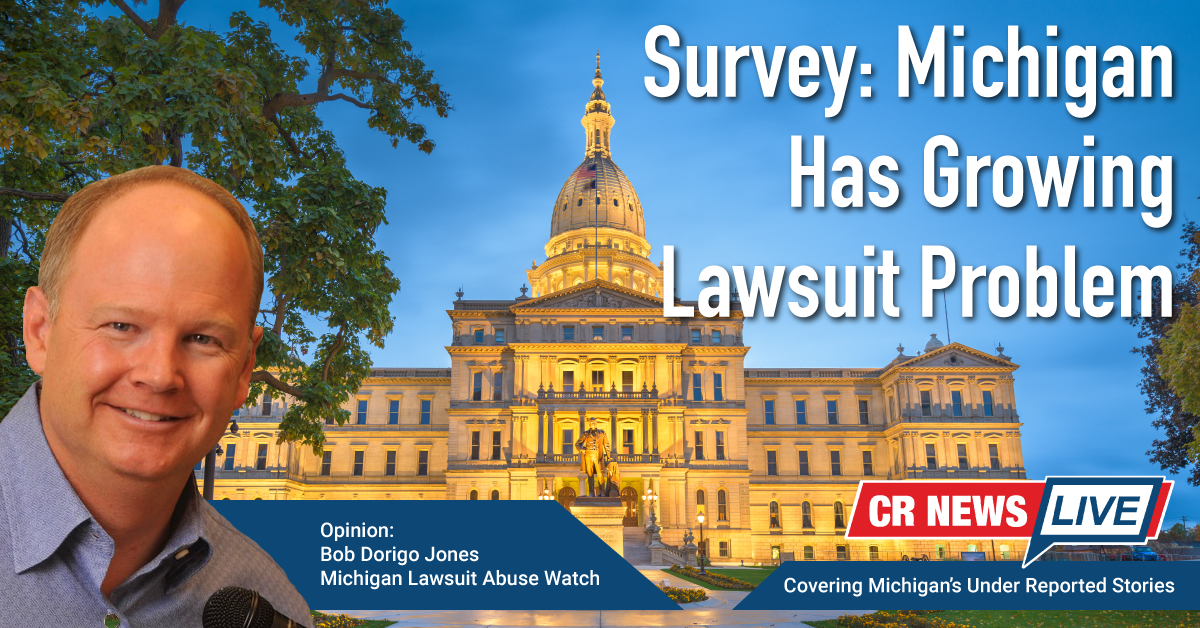 The most recent edition of a nationwide survey of the lawsuit climates in all 50 states has a sobering message for state officials in Lansing who oversee Michigan’s liability system: we’re slipping.

According to the Lawsuit Climate Survey performed by the Harris Poll, Michigan is no longer ranked in the top half of all the states for having a fair and reasonable legal system. Now ranked at just number 33, Michigan fell further in the rankings from 2017 to 2019 than all but five states.

Lawsuits have been used for financial disputes ever since there have been lawsuits, but nowadays, they’re often being used as a weapon to intimidate or to deflect responsibility by those guilty of misconduct or negligence. That happens in both the private and public sectors, and the Flint water crisis that has been the focus of so much attention in Lansing over the past five years is a prime example.

The people of Michigan know this tragedy was perpetrated by local and state officials. And yet, four years after state prosecutors said they were going to pursue criminal investigations against the state and local officials who perpetrated the Flint water crisis, every charge has been dismissed without a single guilty plea. Instead, the state continues to pursue meritless lawsuits against private contractors (a judge recently dismissed the lion’s share of the state’s claims) while failing to make any progress against the officials who were directly responsible.

Citizens should wonder if the state is trying to use these contractor lawsuits to deflect public attention away from its own mistakes in the Flint water situation. The state department involved in that crisis is now being accused by Macomb County Public Works Administrator Candice Miller of bungling another investigation of pollution that caused green slime to ooze onto a Detroit highway. Critically, the state’s approach has emboldened out-of-state trial lawyers who are now trying to score their own quick payday in the Flint water situation with no promise of true accountability.

These questions are crucial to the future of our state, and that’s why our consumer watchdog group, Michigan Lawsuit Abuse Watch, is coming back after disbanding several years ago. It’s time to eliminate the burden excessive litigation is placing on job providers, families and communities.

Bob Dorigo Jones is president of Michigan Lawsuit Abuse Watch, creator of the popular Wacky Warning Label Contest, and the bestselling author of Remove Child Before Folding: The 101 Stupidest, Silliest and Wackiest Warning Labels Ever. For more information, visit www.LawsuitFairness.org.

“Gigabit Communities Evolve in Many Ways”